Below is the link to the Agenda for the upcoming RHCSD Board Meeting.

The Elections Department has asked that we share the information below. 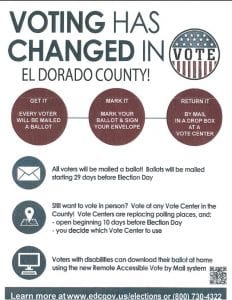 Early Stages of Review: Idea under Consideration – Annexation of Rolling Hills CSD into El Dorado Hills CSD and Dissolution of the District

The Board of Directors will begin exploring possible annexation of the Rolling Hills CSD into the El Dorado Hills CSD, a separate and distinct community services district also located in El Dorado Hills. Unsolicited general information was presented to the Board of Directors about this concept. The Board determined it is in the best interests of the District to investigate the possibility of annexation and examine the pros and cons associated with the idea.  The District is interested in the community’s opinions and welcomes feedback from its residents. The matter is on the Agenda for the April regular board meeting for a preliminary discussion.  Please watch the future Agendas for more information on this topic.